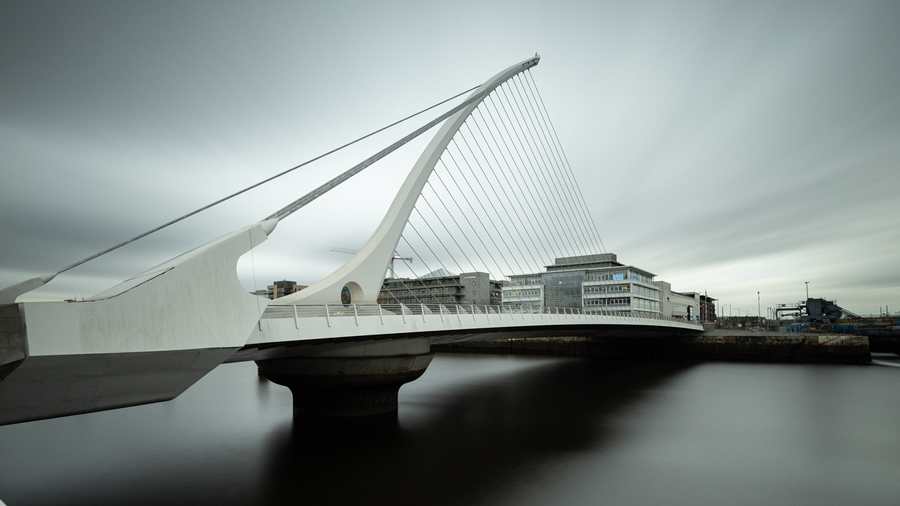 Flew to Dublin, Ireland for a black and white photography workshop.  At the end was a dramatic seminar with four photographers showing their work & talking about their techniques.  Two of them were from Oregon. 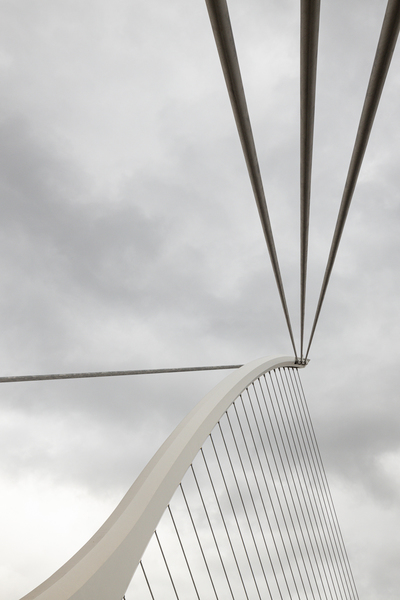 A detail of the Samuel Beckett Bridge.  Constructed to emulate the traditional Irish harp. 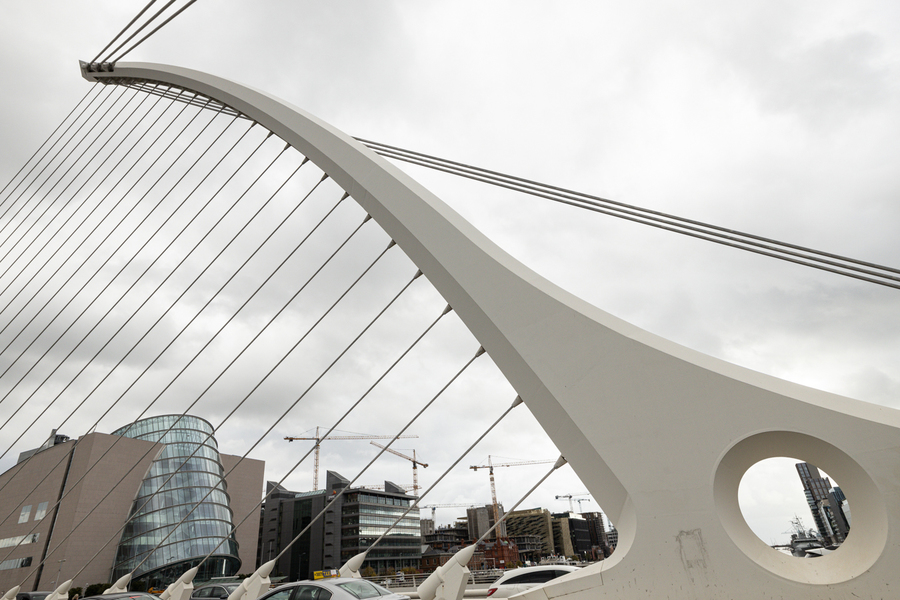 More of the structural details of the bridge showing the harp like character. 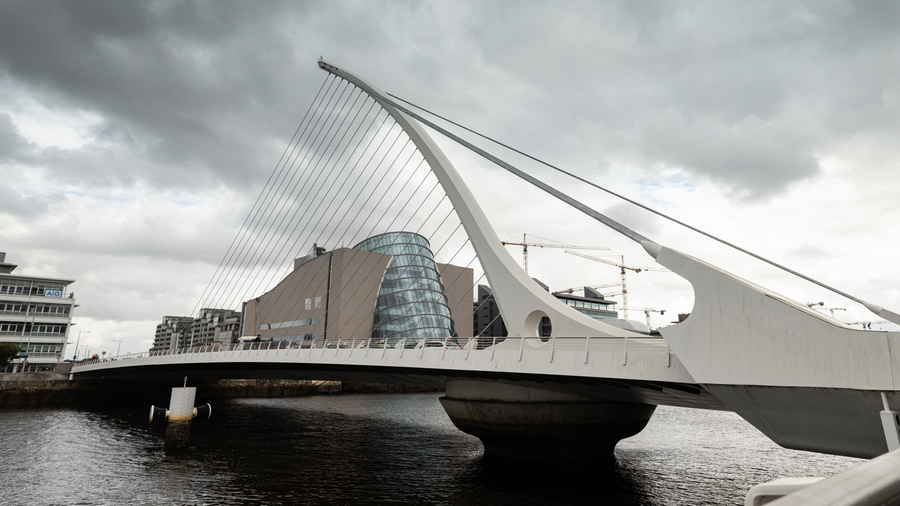 A look at the entire bridge with the Dublin Convention Center in the background. 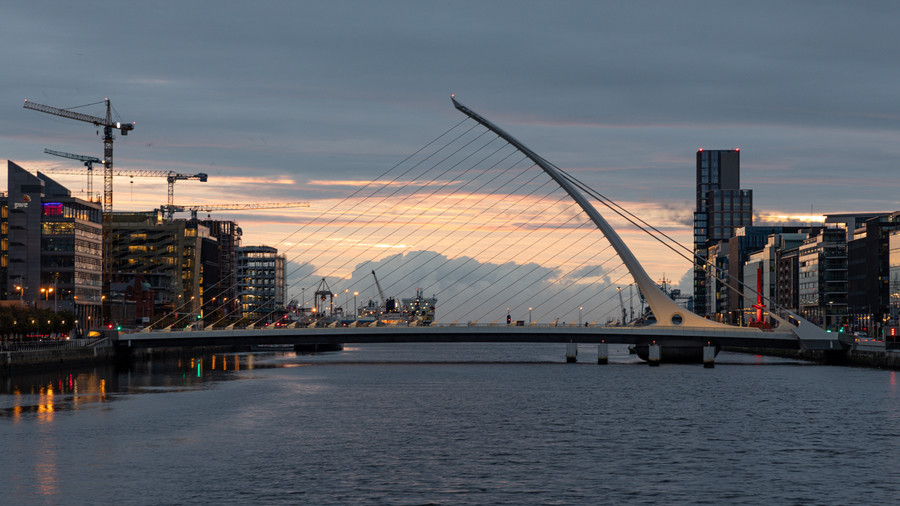 An early morning view of the Samuel Beckett Bridge. 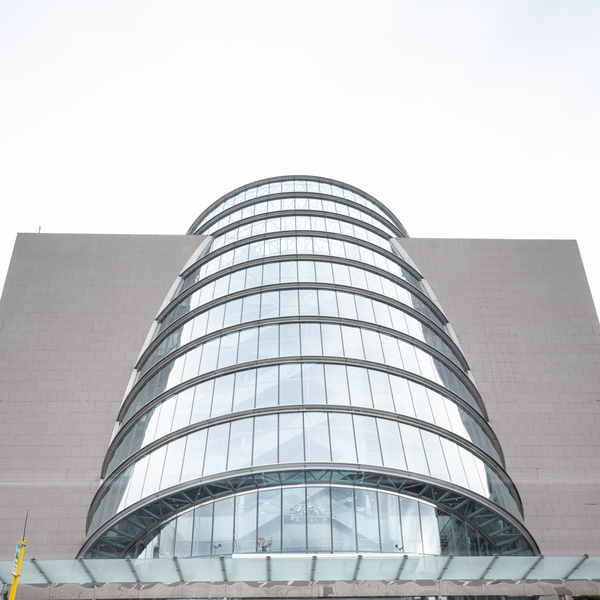 The front of the Dublin Convention Center.  The downtown area along the grand canal has been completely transformed in the past 10 years with new construction. 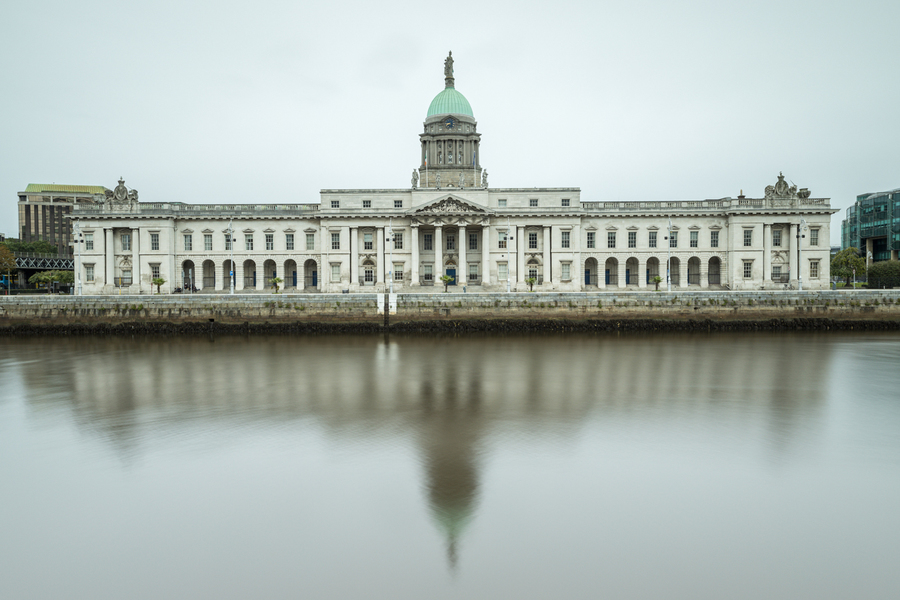 A look across the grand canal at the old government building. 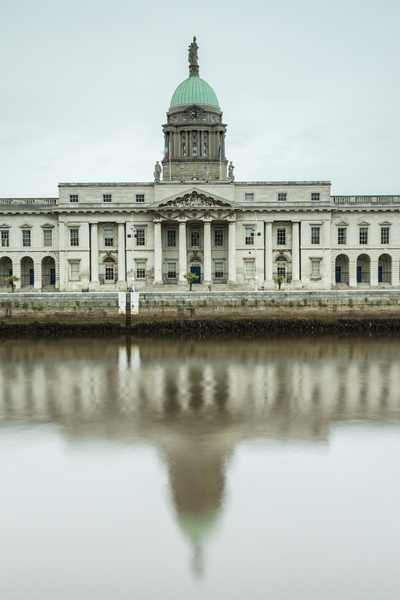 The old government building & its reflection in the grand canal. 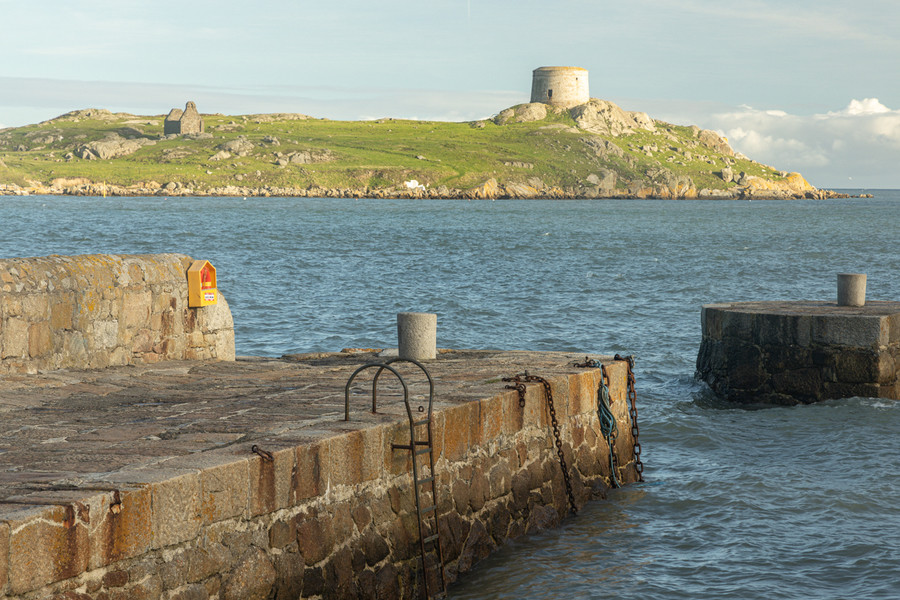 Seacoast just off of Dublin, Ireland

A view of Dublin bay looking out at Napoleonic era fortifications. 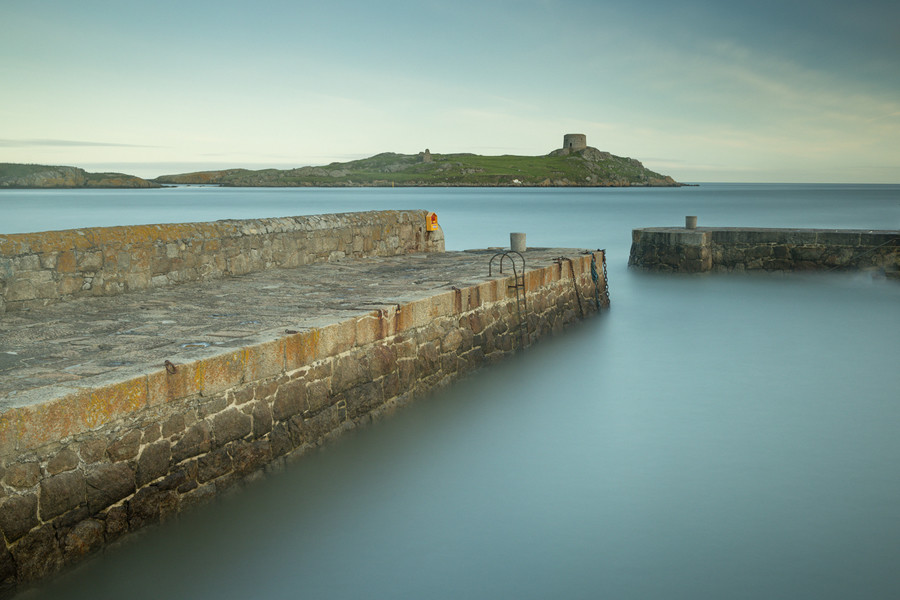 A look at the bay near Dalkey, Ireland

All Posts
Previous
Next